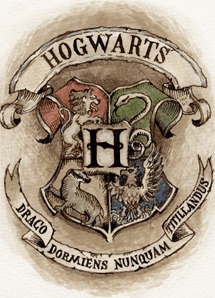 In 1997 J.K. Rowling published the first Harry Potter book that opened her world, and our’s, to things so magically wonderful. Over the course of seven books, eight movies, action figures, and theme park rides, the Harry Potter franchise has touched every corner of the world. In 1997 my daughter was only four years old, but by the time 6th grade came around she had her nose in the Harry Potter books and she only came up long enough to eat, take a bath, and go to school. Not only did she read all seven books twice (I think she actually read them three times), she saw all the movies (I enjoyed them right along with her), and then she went to discovered everything at the Wizarding World in Universal Orlando, Florida.

Here it is 2015 and I am proud to say that I have finally read all the books, once. The height of the Potter furor has died down a little bit and I felt, well, it’s about time that I find out what all the excitement was about. So, over the course of about a month I read all seven epic books. As mentioned, I have seen all of the movies so while reading the books I already knew many of the big moments in the plot so I need to say that reading a book post movie is not really the best idea. Yet, there were many instances that I actually understood some things that the movie just couldn’t bring out. It is great to finally understand the game of Quidditch. In addition, the book brought aspects of the story to life that the movie just didn’t have the room to squeeze in (like Nearly Headless Nick’s Death Day Party).

I found it interesting how J.K. Rowling would keep most of the text simple and easy to read for the young crowd she was writing for, yet the reader was respectfully challenged with higher levels of vocabulary and ideas.The progression of each book also grew more mature thematically allowing the reader to grow right along with Harry and his friends who not only developed as growing teens, but as people who were faced with horrendous choices in impossible situations.

Overall I loved this entire series of books. Although written to a young audience the Harry Potter series welcomes readers of all ages. The only fault, if one could be found, is the stretches that are just plain long. I found myself skipping over sections that were either repetitive (the obligatory restating of things early on in each book), or they just kept going on and on bringing the story progression to a stop. Thankfully these were just in a few places and the pace picked right back up. If you have not yet read this series of books then I think it is time you do. J.K. Rowling takes you into a magical world that, on the last page, you truly hate to leave.